Collaborations with SignWriting happen on a daily basis. A wide variety of topics related to SignWriting are discussed and shared.

The Sutton SignWriting FaceBook group is open to the public. Discuss the SignWriting script and the latest developments.

The Center for Sutton Movement Writing is a 501c3 educational non-profit, tax-exempt for California and for US Federal.

Steve Slevinski is the developer of SignPuddle software and the encoder of the Sutton SignWriting standards of 2010, 2012, and 2017. Steve is the server administrator for the SignPuddle, SignWriting, SignBank, and other related sites.

Steve has created free fonts, documented standards, open source projects, and two script encodings for SignWriting. His work has been used to document 60 different sign languages with dictionaries and extended texts. His software and encoding made it possible to create four sign language Wikipedias available on the Wikimedia Incubator.

Steve has collaborated with Valerie Sutton since 2004. From 2004 till 2018, Steve was employed full-time through the Center for Sutton Movement Writing. Starting in 2019, Steve switched to part-time due to the loss of a long-time donor to the non-profit.

Steve is available for a wide variety of projects related to SignWriting. For tax-exempt projects, he is available through the Center for Sutton Movement Writing. For other projects, Steve uses Patreon to support and continue his work. He currently has the financial support of one team member, three partners, and one representative. 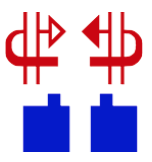 If you appreciate the work that we have done, consider joining the SignWriting Team. With a large enough team, we can continue our work and build a larger platform for SignWriting. The larger the team, the faster and more fully the developments can be realized.

Each team member shows real world support for SignWriting. This support matters. It demonstrates a desire to use SignWriting and a hope for a future. Together we will create a world with more possibilities and better tools.

Ensure the future of SignWriting with Valerie Sutton and Steve Slevinski.

SignWriting Founders are given the greatest amount of access and influence.